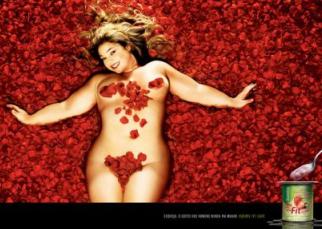 But we’re all supposed to find her ludicrous and repulsive. Tagline for the light yogurt ad: “Forget about it. Men’s preference will never change. Fit Light Yogurt.” Via The F-Word. Just another one of those messages that helps to tell women that their bodies are not OK.