There’s been a lot of discussion on this blog and others about ways in which philosophy departments are unfriendly to women.  But some lucky people are in departments that *are* friendly to women (at least in some ways), and this is well worth knowing about, recognising, and celebrating.  SWIP-UK has an initiative to do just that– primarily by recognising specific intiatives, but also by recognising whole departments, if there seems an outstanding case. Does your department do something women-friendly?  If so, let SWIP-UK know, so that they can recognise it.  Aside from being well-deserved recognition, it may help to inspire others.  The call for nominations can be found here. Note that this is open to non-UK departments as well as UK ones.

and his supporting point is important enough that I’m not going to argue about details (unlike here and here and here), though we’ll see that his conclusion leaves us with some questions.

Fish distinguishes between a thin and a thick invocation of race or gender to support one’s vote.  The thin reason says you will vote for someone because they are like you.  But a thick reason appeals to interests, ones that – to judge from his examples – have a place in the political sphere.  His example of an African-American’s thick reason for voting for an African-American:

Yet every African American – conservative or liberal, rich or poor, barely educated or highly educated – meets with obstacles to his or success and mobility that are all the more frustrating because they are structural (built into the culture’s ways of perceiving) rather than official. To the non- African American these obstacles will be more or less invisible, especially in a country where access to opportunity is guaranteed by law. It makes sense, therefore, that an African American voter could come to the conclusion that an African American candidate would be likely to fight for changes that could remove barriers a white candidate might not even see. A vote given for that reason would be a vote based on identity, but it would be more than a mere affirmation of fellowship (he’s one of mine and I have to support him); it would be a considered political judgment as to which candidate will move the country in a preferred direction.

In addition to the relief to see someone in such a visible arena actually describe one of the problems keeping racism in place – that the inequities are not even always visible to others – he provides a contrast that has seemed to me to be lacking in the discussion. And that is the contrast between voting for someone just because they are of one’s group, race or gender, and voting because they will represent one’s interests in a way the others seem less likely to.

But should we vote on interests that are the product of one’s ‘identity’? Women are now over 50% of the US population, but still you might feel that if you are voting in a US primary, you should have more impersonal interests at heart. (And of course I hope that elections in other countries will simlarly reflect their population’s diversity, as some definitely have led the way in doing.) Fish’s response is that there is no alternative to voting on interests:

What this means is that the ritual deprecation of “special interests” makes no sense. All interests are special interests – proceed from some contestable point of view – and none is “generally human.” And that is why identity interests, as long as they are ideological [thick]and not merely tribal [thin], constitute a perfectly respectable reason for awarding your vote.

Fish’s claim is not obviously true. The 18th century philosophy Hume argued that we need to have a more general point of view toward humanity in order to act morally, and it seems true that we might want a candidate who will take action to stop the murders in Darfur even though that is perhaps not in our special interests in any intuitive sense. At the same time, his point that all interests proceed from some contestable point of view appears plausible, despite the efforts of some philosophers to find a point of view that isn’t contestable.

So Fish leaves us with some questions. My own view of Fish’s arguments is that voting on identity might be imperfect, but it might well be the best one can do. Certainly, feminist thought has made me (and surely many others) wary of assuming one has found an impersonal point of view. At least in many people’s hands, the impersonal point of view is what leaves the inequities invisible.

Addition:  Since writing this, I’ve wished I had paid more attention to the word “interests.”  I’m very inclined to the Humean (and others’) view that we are interested in others’ welfare and that it is a basic interest, not to be explained in terms of other interests.  The interest might be limited; we may need to work on expanding it to all human beings, but it is not a self-regarding interest.  Fish’s idea of interest might be quite different; he might really think that all reasons are really self-regarding.  That puts a quite different take on his arguments.

There’s recent research that suggests even young infants care about others’ welfare; have a look at: “Social evaluation by pre-verbal infants” by Kiley Hamlin et al in Nature, 2007, p. 557. 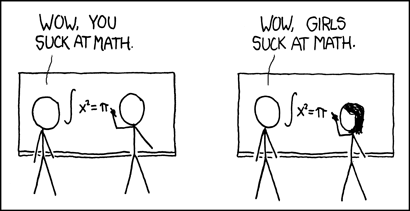