It must be too early yet to begin to understand India’s terrible tragedy, but themes are being articulated.  A correspondent for the NY Times from Mumbai tells us that some Indians think that it is India’s 9/11, a view with which he disagrees.  (I think he disagrees because he does not think that events can change India very easily.)

Even in these very early days, I am struck particularly by one difference between the two events’ aftermaths. That is that India’s highest ranking security officer has resigned.    Apparently, we do not do that in the United States.  If the Abu Ghraib prison case is anything to judge by, we much prefer to see the lowest in rank sent to trial.

It seems to me very easy to stand in judgment on the officials  who let their subordinates carry the blame.  Isn’t it cowardice of the worse sort to use power to absolve and protect yourself at the expense of those over whom you have authority?

But is there a better, more nuanced reaction?  And what would US citizens have to change in their culture to change the idea that those at the top can save themselves without public dishonor?  It is clear that the idea of protecting those in control is not peculiar to one country; witness the  priests who were protected despite sexual abuse.  (From this perspective, the fact that many cultures protect abusers of women suggests that somehow we fall outside the ranks of those who truly matter.  Where there is honor, not shame, attached to killing your daughter, the the phenomenon of an ‘honor culture’ seems ironically named.)

In those countries where public resignation from high officials is more common,  is there a difference that does permeate the culture?  England has been one such place, but there have been recent calls for resignation is the terrible Baby P case, and I am not sure it has happened.  Is it mostly members of Parliament that resign?   :)

Anyway, as usual, WHAT DO YOU THINK?  I’m trying to raise questions here, not answer them!

Finally, it is hard to find words adequate to the horror in Mumbai;  I hope that taking the time to reflect on issues of honor is appropriate.

Captiver, the Jender parents and Mr Jender have all sent me videos of one of the world’s great new cat toys, the Roomba.


People like me, how have apparently been living in a low-tech bubble, might like to know that the Roomba is a room-vacuuming robot. Which sounds pretty fab, but is still not as good as this invention: 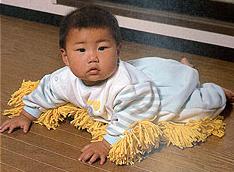 It’s actually a bit of Chindogu, a wonderful concept.