This looks to me like a nightmare story.  The doctors and nurses wanted to perform a C-section; the mother refused it.  The baby was delivered vaginally and was perfectly fine.

Because she refused the C-section and acted distraught, the  mother was not allowed to take the child home.  Refusing the C-section counted as abusing and neglecting her baby.

And now the mother’s been refused a reinstatment of  her parental rights because, it seems, she’s had a lot of trouble coping with the fact that her daughter has been in foster care since her birth

Here’s the court sanctioned description of what’s happened.  There’s a fairly short explanation in the NY Times.  I am not sure the writer has the details all correct.  She also doesn’t seem to have much sense of how symptoms of mental illness can arise as a result of being put in an insane, dehumanizing and emotionally excruciatingly painful  situation.

Many of us surely have been in the situation in which nothing we said was considered  as anything other than a sign of compliance or non-compliance.  And heaven help you if  you are non-compliant.  It’s not entirely easy to keep behaving sanely in such an insane situation.  In fact, if one of these people catches you on the phone, you might even be so stupid as to pretend you don’t know what they’re talking about.  And that would be really bad, because that could pretty  much kill your chances of getting the baby back.  After all, it shows it was insanity that led you to refuse the C-section.  And the people making the decisions believe in preventive termination of parental rights.  Though the mother hasn’t actually harmed the child in any way, they describe her as abusive because they think her mental state is that of an abusive mother.

I hope that someone reading this carefully will discover it isn’t as bad as it seems to me.   I do think the crucial question is about assessing the behavior of someone in one of these awful situations where one’s status as a full human being with some knowledge and understanding has been thoroughly wiped away.   That and preventive termination of parental rights.

Miranda Fricker has, many will know, written wonderfully about the consequences of epistemic injustice.

I’ve just seen that  an earlier reference to this story appear as a comment on this post.  Thanks, Hippocampa.

Approved by the senate committee:  13-6.

And the 6 are all Republicans.  I can’t wait to see what effect this has on the Hispanic vote.

A link to my pink tape post led me to something even more wondrous: gendered earplugs!! 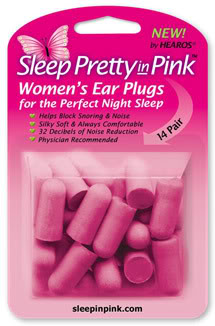 I suppose one could maintain that the skull screws aren’t definitely gendered as male. ..

The US is now allowing asylum on grounds of domestic abuse.

In addition to meeting other strict conditions for asylum, abused women will need to show that they are treated by their abuser as subordinates and little better than property, according to an immigration court filing by the administration, and that domestic abuse is widely tolerated in their country. They must show that they could not find protection from institutions at home or by moving to another place within their own country.

The answers to the below question might well reveal it was a mistake to ask it.  Still, it would be fun.  OK, fun for a philosophy professor at least.

This is your final essay question.  Your answer must be at least 2000 words.  Remember to use spell check and word count.  All outside sources MUST acknowledged.

PRESIDENT OBAMA has nominated Francis Collins to be the next director of the National Institutes of Health. It would seem a brilliant choice. Dr. Collins’s credentials are impeccable: he is a physical chemist, a medical geneticist and the former head of the Human Genome Project.  [As a very religious man who has written about belief in the Christian faith] he is also, by his own account, living proof that there is no conflict between science and religion.

But most scientists who study the human mind are convinced that minds are the products of brains, and brains are the products of evolution. Dr. Collins takes a different approach: he insists that at some moment in the development of our species God inserted crucial components — including an immortal soul, free will, the moral law, spiritual hunger, genuine altruism, etc.  Dr. Collins has written that “science offers no answers to the most pressing questions of human existence” and that “the claims of atheistic materialism must be steadfastly resisted.”

Must we really entrust the future of biomedical research in the United States to a man who sincerely believes that a scientific understanding of human nature is impossible?

How would you decide the question asked at the end?  Discuss the issues with reference  to the course readings, particularly Descartes, Hume and Kant.  Remember that since this is a philosophy course, your answers are NOT to be justified with reference to the Bible or other religious texts.

Hint:   Consider whether the philosophers think we have immortal souls, free will, genuine altruism and so on.

And who said philosophy is not revelant?  The thing is, one  might be just a bit uncomfortable with their relevance to the choice of the NIH Director.  I mean, we’ve already had Bush’s ethical council that debated stem cell research and other bio-ethical questions.  Do we really want to continue the confusion that the separation of church and state could avoid?

Now, having read way too much about Sotomayor’s comment about a wise Latina woman, we might feel that Collins should not be stuck with the odd comment or two.  However, he has reiterated on a number of occasions his belief that science in effect leaves explanatory gaps for religion to fill, if I’ve  got him right.

I’m indebted to an Intro class that wanted to look at scientific alternative to Gazzaniga’s  The Ethical Brain for the internet searches that led us to Collins and his arguments.   I’m not sure the issues are clear cut.  PLEASE wade in!

Just about all the text of the question comes from the NY Times.  Not the bits about word count or Descartes, Hume, and Kant, of course.