In, that is, a situation like that in the Gates case.  Should we hope it isn’t like Boston Police officer Barrett’s reaction?

In Barrett’s e-mail, which was posted on a Boston television station’s Web site, he declared that if he had “been the officer he verbally assaulted like a banana-eating jungle monkey, I would have sprayed him in the face with OC (oleoresin capsicum, or pepper spray) deserving of his belligerent non-compliance.”

Or is it just much wiser to assume the police officer is a racist  and sexist bigot wanting to hurt you if you exhibit any non-compliance?**

Barrett maintains he isn’t really a racist.  After all, some of his friends are people of color.  This does make me wonder whether he has dehumanizing ways of thinking about the many different kinds of people he encounters.  Are white students “spoiled, useless brats”?   White women “stupid suburban bitches”?  (Actually, he seems to think in more concrete  metaphors but I’m not going to try to imagine them.)

Anecdotes have so little evidential value in cases where we are raising general questions.  Still, they can remind us of alternatives that sometimes do happen.  With topics like these, I’m often reminded of driving down a California freeway with a white, male visitor from Oxford; this was some time ago, and we were going to an APA in Los Angeles.  It was about 10 o’clock at night and yes, he was driving and we were speeding.  We got pulled over by a police officer in an  unmarked police car (so unfair).  When told we were substantially over the speed limit, my friend, using an impeccable Oxford accent, explained that he was a visitor to the country and couldn’t be expected to know the laws.  The policeman nicely agreed and said he understood.  We drove on.

Seriously, that did really happen.  I think the  police  officer did suggest we slow down.

**  We should notice that the  implications of this question are a bit odd.  It doesn’t really ask if we should assume all police officers are racist, sexist violent bigots.  That seems to me a very offensive assumption to make about all the members of a group.  Rather, it’s about what’s the more protective assumption to make in certain situations.  There are plenty of  situations in which it is  wise to assume that any X you encounter could hurt you even when you know that most X’s are not dangerous.  This could extend from unknown people out late at night to abandoned luggage at airports or unlabeled medicine.

Lani just sent us this one from Feministing:

Although the state Legislature submitted a budget with a 20 percent reduction to the $20.4 million the state provides to agencies that offer domestic violence services, Schwarzenegger slashed the funding by 100 percent Tuesday.
For Catalyst, which relies on state funding for nearly 35 percent of its operating budget, the affect will be “devastating,” Executive Director Anastacia Snyder said.

“We’re still in shock,” Snyder said Wednesday afternoon. “We were bracing for the 20 percent cut, but did not believe the governor could, with a clear conscience, cut 100 percent of funding for services that keep women and children safe and alive.”

If you’re a resident of California, please click on Stop Family Violence’s action alert to urge lawmakers to reinstate funding for the programs that save women’s lives. If you’re not in CA – pass this on to someone who is! You can also post the following message to your Facebook account, or tweet it: CA Gov Eliminates funding for Domestic Violence Programs. Lives will be lost. You can help! CA residents click http://bit.ly/3jKQSo

I’m pretty cynical, but eliminating ALL state funding shocks me.

Flaffer has sent us this horrendous story from Iran.

MEMBERS of Iran’s feared Basij militia forcibly marry female virgin prisoners the night before scheduled executions, raping their new “wives” and making it religiously acceptable to execute them, a self-professed member of the paramilitary group says.

The anonymous militiaman, exposing a part of the Supreme Leader Ali Khamenei’s religious regime in Iran, told The Jerusalem Post that at age 18 he was “given the honor to temporarily marry young girls before they were sentenced to death”.

In the Islamic Republic of Iran it is illegal to execute a woman if she is a virgin, the former guard said.

Another very good reason we all need to remember the struggles still going on in Iran.

It’s fair to say that a large portion of my teenage years were spent poring over the pages of NME, and I don’t doubt this is still true of many young women now.

Important news, then, of the magazine appointing its first female editor, Krissi Murison:

“It’s definitely a good thing and is ridiculously overdue,” said Andrew Collins, a former NME staffer and broadcaster. “It helps erase the strange notion that this is just a boys’ game. It’s a self-fulfilling prophecy, really. If you have a woman near the top it is more likely to inspire younger, female writers”.

Gendered products week continues with an item familiar to UK readers but (as far as I know) still unfamiliar to US readers. (I’ve no idea at all about elsewhere– do tell!) 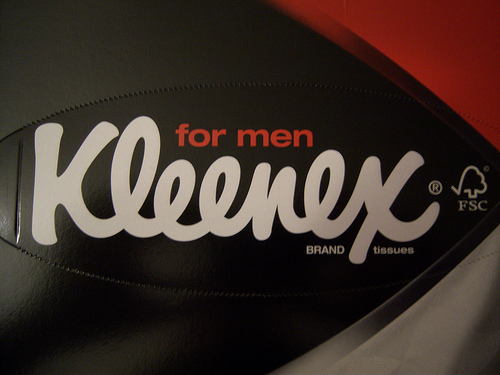