You asked for it, AK! 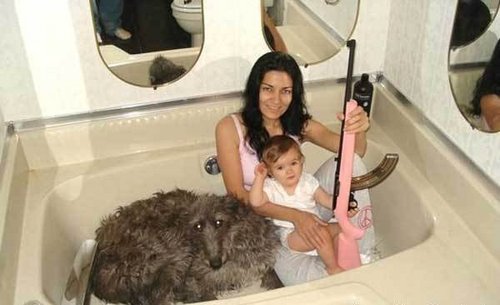 (Perhaps you’d been wondering who buys those pink guns.) It’s from here, by the way. Not helpful, I know.

It’s no longer news that Obama has won it, but we can still celebrate the values the selection committee supports:

The Norwegian Nobel committee has decided that the Nobel peace prize for 2009 is to be awarded to President Barack Obama for his extraordinary efforts to strengthen international diplomacy and cooperation between peoples. The committee has attached special importance to Obama’s vision of and work for a world without nuclear weapons.

Obama has as president created a new climate in international politics. Multilateral diplomacy has regained a central position, with emphasis on the role that the United Nations and other international institutions can play. Dialogue and negotiations are preferred as instruments for resolving even the most difficult international conflicts. The vision of a world free from nuclear arms has powerfully stimulated disarmament and arms control negotiations. Thanks to Obama’s initiative, the USA is now playing a more constructive role in meeting the great climatic challenges the world is confronting. Democracy and human rights are to be strengthened.

Only very rarely has a person to the same extent as Obama captured the world’s attention and given its people hope for a better future. His diplomacy is founded in the concept that those who are to lead the world must do so on the basis of values and attitudes that are shared by the majority of the world’s population.

For 108 years, the Norwegian Nobel committee has sought to stimulate precisely that international policy and those attitudes for which Obama is now the world’s leading spokesman. The committee endorses Obama’s appeal that ‘Now is the time for all of us to take our share of responsibility for a global response to global challenges’.

These values were also his mother’s; good on her for communicating them to him.

Update:  When I wrote this post, I didn’t anticipate that leaders both liberal and conservative would compete in declaring him not to deserve it.  That does seem to be the unfortunate nature of political debate:  conservatives automatically attack and too many democratic leaders fail to exercise leadership and provide the country with a serious alternative.

I think there is a serious alternative, and I think Obama did find it.  Perhaps this will be discussed in the comments.

Update II:  I gather liberal leaders are finding an alternative response to the conservatives; that is, the conservatives’  reactions show they are not really supporting American, just as their glee over the loss of the Olympics did.

In the news today: a senior Islamic cleric Mohammed Sayyed Tantawi in Egypt has claimed that the niqab (a veil that fully covers women’s faces) ‘has nothing to do with Islam’.

He’s also banned the wearing of these veils in the gender segregated classrooms of al-Azahr institutions, which includes schools (basic and secondary) and a University (I couldn’t tell from the report whether this applied to the schools as well as the universities). They can still be worn in gender mixed parts of the institution.

This appears to be a case which highlights

i) the separating out of culture and religion, and different individuals’ understanding of both,

ii) the potetial difficulties of regulating dress. Although the stated goal is to “spread trust, harmony … and the correct understanding of religion among girls”, this will be difficult to achieve if, in the first instance, the regulation  serves to limit the participation of women who would otherwise have worn the niqab.

It isn’t clear to what extent this will be enforced, and a total ban has been ruled unconstitutional.

Ralph Lauren is demanding that ISPs remove images of it that have been used in widespread criticism, claiming copyright infringement. Fortunately, not everyone is complying.