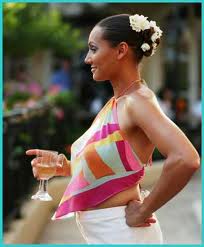 We talked about it before, here, here and here, but there is new research, reported in Slate that the occasional glass of something alcoholic really is not demonstrably bad for a foetus – and might even have some beneficial effects on boys (this is old news btw, when I was studying physiological psychology years ago, it was already known that moderate ethanol intake in very young males has beneficial effects on cognitive functioning. I’d have to dig those refs up!)

It’s really time to end the witch hunt on women who enjoy a glass of wine occasionally when pregnant.

A note on Fetal Alcohol Syndrome (FAS): the sneaky part about that is that it develops in the first four weeks of pregnancy – exactly, right when one doesn’t realise one is pregnant. And you really have to drink quite a bit to have your fetus develop it. There seem to be some controversies about it, too, as a lot of foetuses from heavy drinkers do not develop FAS, so there’s something else at play.

I am not advocating drinking, I just am in favour of people being allowed to make their own well informed choices. Cheers!

Prof. Hilde Lindemann’s recent review of Chris Meyers’ The Fetal Position: A Rational Approach to the Abortion Issue (Prometheus, 2010) exhibits a breathtaking plain-spoken approach to the concern feminists philosophers sometimes raise, as to how to go about writing a review of a book which omits notice of feminist contributions to a field:

It is written, he says, neither for good ole Mississippi boys who equate abortion with baby-killing, nor for “my left-wing feminist pals in my old college neighborhood of North Chicago. In short, fanatics on either side are not likely to find this book tolerable” (p. 13). His left-wing feminist pals would seem to include feminist philosophers of any stripe, as none of their arguments appear anywhere in the book. Work on abortion that dismisses thirty years’ worth of feminist scholarship as fanaticism, however, cannot be taken seriously.

The World Economic Forum has released its latest report on equality for women in the nations of the world.  Its ranking of countries  is determined by a variety of factors, including health and political status.  Iceland comes out first, with the Scandanavian countries following.  One very important feature is the economic status of the most egalitarian of the countries.  While Iceland has had a banking crisis, there’s a strong correlation at the top  between gender equality and economic strength.

The US has risen by 12 places to 19, and France at 46 has fallen in its rank.  A lot of the calculated difference depends on whether women are holding political offices, but the following video picks up on a number of the additional problems in France.

On professional papers spell check corrections can be embarrassing.   However, what it does with bad versions of  “hors d’oeuvres” comes close to brilliant.

Thus it was that yesterday I received an invitation to a reception with wine and hour devours.

None of this is a feminist point…

The tuition fee cap should be scrapped, “blanket subsidies” for courses ended and universities freed to compete for students in one of the most radical overhauls of the sector ever…

The government to be given scope to withdraw public funding from all but “priority” subjects, with teaching funding for the arts and humanities likely to be axed

It should be noted that it’s far from clear what will happen. The Lib Dems (now in coalition with Tories) had all signed pledges to oppose raising of tuition fees. The coalition agreement allows them to abstain from a vote on the topic, but there are rumblings of a rebellion that would involve voting against it.

On April 27, 2006, the Iranian-Canadian philosopher Ramin Jahanbegloo was arrested in Tehran on a charge of fomenting a “velvet revolution” against the Islamic Republic. Mr. Jahanbegloo was placed in a 6-by-10-foot cell in Evin Prison. To keep his mind active while in solitary confinement, he scribbled nearly 2,000 aphorisms on the back of tissue boxes.

Four months later, he was released on bail and fled into exile. He surfaced late in 2007 in Istanbul at World Philosophy Day, an annual gathering of intellectuals sponsored by Unesco to celebrate philosophy’s contributions to the “principles and values on which world peace depends: democracy, human rights, justice and equality.” Mr. Jahanbegloo, now a professor at the University of Toronto, describes World Philosophy Day as “a great initiative,” which is why he is dismayed by Unesco’s decision to hold this year’s main event in Tehran, a city where, he says, “no free debate or critical thinking is possible.”…
Unesco hasn’t budged, and some are now calling for a boycott. “We are asking philosophers not to go because if they do it’s going to politically, morally and culturally legitimize an illegitimate regime,” Mr. Jahanbegloo says. There are also plans for an alternative conference that will be held online, titled Philosophy4Freedom. The theme will be philosophy’s role in promoting freedom and human rights.

“We’re listening and we’re trying to respond,” says Sue Williams, a spokeswoman for Unesco. The gathering in Tehran is an “important event,” she says, but there are also related events being held in Mexico City; Dakar, Senegal; Tunis and at Unesco headquarters in Paris. Asked if Unesco believes that Iranian philosophers will be able to speak freely in Tehran, Ms. Williams says, “We haven’t had any feedback suggesting that this will not be the case.”

When we receive requests to blog about TV shows, I drag my feet, but when Stephanie Coontz writes about Mad Men for me, then all I have to do is link to her, convenient!

I should add, though, that to say it’s TV’s most feminist show is not saying much about American television.