As we wrote last fall,  one of the serious health science agencies announced that almost everyone gets enough calcium and vitamin D; supplements, on the other hand, can be hazardous.  Given their idea of “almost” was in the high 90’s percentile, it all seemed to me surreal.  Postmenopausal women have serious bone health concerns, and they don’t form a nice 4% or so of the population.   It turns out in fact that ‘elderly’ men have the same problem, so we are far from talking “almost everyone.”

I doubt there’s any health science journalist I’d trust completely these days, but Jane Brody of the New York Times has an excellent record.  Furthermore, she’s sort it all out.  Thank goodness!

The bottom line is that a lot of women may well need supplements.  Do see what she has to say.

And by the way, do also know that sun screen with an SPF of 8 or more blocks out ALL absorption of vitamin D?

(This post has almost nothing to do with feminist philosophy, but rather records an announcement that bears on various  philosophical arguments.  It’s a product of my surprised recognition.)

The Independent tells us that scientists are worried that the standard kilogram does not weigh what it used to.  In fact, that is old news; the new news is that they are going to “redefine the kilogram”.

This metal block, known as the International Prototype Kilogram, has been used since it was first registered with the International Bureau of Weights and Measures (BIPM) in 1889 as the definitive unit of mass against which all other kilograms are measured. .. However, scientists now believe it is time to redefine the kilogram because there is evidence that the precise mass of the international prototype in Sèvres is not as constant as it should be.

And that’s enough to raise the question:  In Quine v. Wittgenstein, Who wins? Does one of them lose?

Any statement can be held true come what may, if we make drastic enough adjustments elsewhere in the system. Even a statement very close to the periphery can be held true in the face of recalcitrant experience by pleading hallucination or by amending certain statements of the kind called logical laws. Conversely, by the same token, no statement is immune to revision.

While on the right is Wittgenstein, PI 50:

There is one thing of which one can say neither that it is one meter long, nor that it is not one meter long, and that is the standard meter in Paris.   But this is of course, not to ascribe any extraodinary property to it, but only to mark its peculiar role in the language-game of measuring with a meter-rule.

What do you think?

(There are a number of differing interpretaters of Wittgenstein’s remark, among them Cora Diamond, Heather Gert, and Saul Kripke. ) 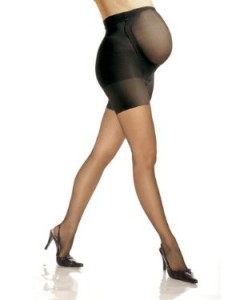 It’s a goal we should all support, whether or not we as individual women choose to do it. It increases the range of viable options available to mothers.

The surgeon general is issuing a call Thursday to eliminate obstacles to breast-feeding – and working moms may see the first steps: The new health care law requires that many employers start offering “reasonable” break times to pump milk and a private place to do it. No, the company bathroom no longer counts.

Of course, what’s *really* needed is much longer maternity leave than Americans get. But this is better than nothing. And also better than the more traditional governmental strategy of haranguing and blaming mothers who don’t breastfeed. (Thanks, Jender-Parents!)