It has been many years since I read varieties of feminist argumentation that traditional arguments about altruism ought to be rejected insofar as they tend to rely on a self-versus-other ontology, in which acting for another involves absolute sacrifice of a self.  I was persuaded by relational accounts that said this is a metaphysically impoverished and cognitively antiquated view of acting in the interests of people who aren’t oneself.  But when asked for a source of this view today, I was rather at a loss.

I mean, sure, I can say, “Oh, read all of Held and Noddings and most of Kittay.”  But that’s vague.  Anyone have more specific suggestions?

This moving series of writings is definitely worth your while:

CATCALLED is a two-week long writing project by women living in New York on their experiences with being objectified and sexually harassed on city streets. Each daily log was kept by one of our 11 participants over the course of two weeks in August 2012. In the entries the women reflect on vulnerability, power, objectification, and safety in their urban environments.

Theological realism is a hot topic nowadays, and is interestingly related to issues about religious pluralism. These debates bear obvious connections to debates about realism and anti-realism in science, as well as to issues in metaphysics and the philosophy of language about ontological commitment and related topics, and with the theological literature on the nature of doctrine. These are the sorts of issues that will be in focus at this workshop.

To have your paper considered for presentation at Logos 2013, please submit an abstract of the paper or the paper itself no later than October 15, 2012.  Other things being equal, preference will be given to those who submit full papers by the deadline.  We will let you know by December 1, 2012 whether your paper has been provisionally accepted.  Full acceptance will be conditional on submission of the full reading version of the paper by March 15, 2013.

“The most beautiful thing a parent can ever witness is the birth of their child. Why not re-enact this amazing moment for your mum and dad over and over and over again?” 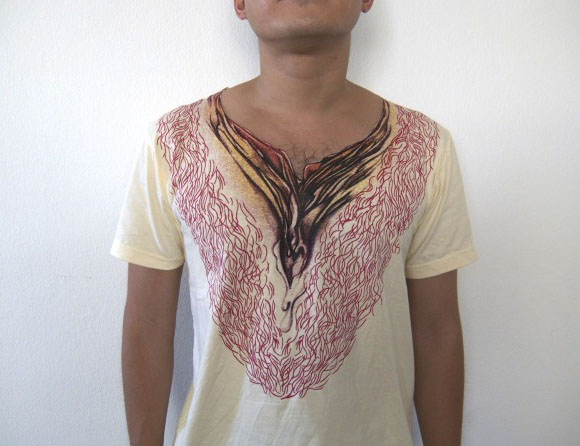 From the always amazing Regretsy.

I am a graduate student in philosophy and a longtime reader/fan.  I was wondering if you or other readers could recommend any blogs about being an academic philosopher and a mother.  I scanned your blogroll but did not see an obvious match, and this is a hard topic for Google because “philosopher” always turns up advice-givers of various sorts.

Among the lessons, according to this Yahoo! Shine article, is to “stop staring and start learning”:

When she was in high school, Lizzie Velasquez was dubbed “The World’s Ugliest Woman” in an 8-second-long YouTube video. Born with a medical condition so rare that just two other people in the world are thought to have it, Velasquez has no adipose tissue and cannot create muscle, store energy, or gain weight. She has zero percent body fat and weighs just 60 pounds.

In the comments on YouTube, viewers called her “it” and “monster” and encouraged her to kill herself. Instead, Velasquez set four goals: To become a motivational speaker, to publish a book, to graduate college, and to build a family and a career for herself.

The “World’s Ugliest Woman” YouTube clip has been removed, but was viewed more than 4,000,000 times before it was taken down.

At just 23, Lizzie appears to have already accomplished two of her four goals: she is a motivational speaker with more than 200 presentations to her credit, and is author of two books, including a newly released book, Be Beautiful, Be You. As a senior majoring in Communications at Texas State, she is also well on her way to accomplishing the third goal.

Videos, interviews, information about how to book her for a speaking engagement, and a link to Lizzie’s YouTube channel are all available on her website.