Here is a policy brief [in PDF format] from April 2012 titled “Raising Female Leaders” summarizing ongoing research/data collection/analyses that confirm and clarify very promising policies and policy lessons regarding progress on deeply ingrained gender stereotypes (by Lori Beaman, Raghabendra Chattopadhyay, Esther Duflo, Rohini Pande, and Petia Topalova). (This confirmation and clarification -even if no surpise to many – arguably very, very important for all sorts of reasons…)

Read about it here.

There’s a Central APA session likely to be of interest to FP readers, and which has apparently been poorly advertised. So I’m calling your attention to it!

Problems for Philosophers: Discourse and Exclusion 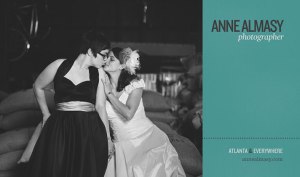 Wedding photographer Anne Almasy submitted an ad to Weddings Unveiled and it got rejected.

The reason it got rejected was because Anne chose a picture of a same sex couple in her ad.

She wrote a letter to the editors and posted it on her blog (here) and this post went a bit viral and I wanted to write about it, and now that I have time to do that, I found that there’s an update!

Weddings Unveiled apologised on their blog (here) and will publish the advertisement after all. Jolly good.

I was surprised to read in the comments that people thought the picture was selected because of shock value.