Women are more likely to be accepted to speak at academic conferences if applications are anonymised to remove any mention of their gender, a study suggests.

In the latest piece of evidence to support the “Matilda effect” – where women in male-dominated fields are rated more harshly by peer reviewers – a review of a leading international conference found that papers with a female first author were viewed more positively once clues to the applicant’s gender were removed.

The study was also important because it revealed gender bias in this particular field, even though a male-to-female speaker ratio (roughly 50:50 in 2012 and 2014) did not suggest an immediate problem, Dr Roberts explained.

“We’ve shown that sometimes a bias is there even when raw numbers show equality,” he added.

“Young people also do better under double-blind reviewing as they can be recognised for the quality of their work, rather than winning credit just for their name and reputation,” Dr Roberts said.

Read more at THES, or the paper.

h/t to Jen Sorensen at DK; 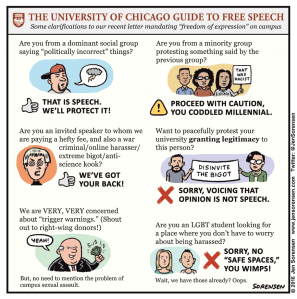