Most Americans know the story of Rosa Parks but few Canadians know the story of Viola Desmond. Racial segregation in Canada was mostly a matter of policy, not law, but that didn’t make it any less real. Viola Desmond was arrested refusing to leave her seat in the floor section of the Roseland Theatre in New Glasgow before being carried out by a police officer and the theatre’s manager. This was in 1946, nine years before Ms. Parks refused to give up her seat at the front of a bus in Montgomery, Ala. Desmond, who died in 1965, received a posthumous pardon last week from Nova Scotia, a declaration that the conviction registered against her was unjust. An editorial in the Globe and Mail tells the story, concluding “Viola Desmond was a woman of courage and vision, who stood up to injustice, and left her mark on the country. Next time you hear the name Rosa Parks, think – ah, the American Viola Desmond.” The Globe and Mail story is here. 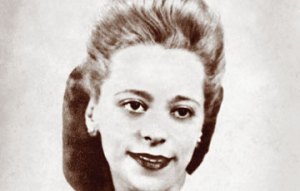