So the cats got into the book shelves and distributed quite a few books on the floor.  Not, I hasten to say, slowly and one by one.  Rather, there was quite a crash a while ago.

As I put them (the books) back in a decidedly untidy pile, I once again wondered what it would be like to see such a pile as wrong, a failure to create the necessary order.  Now, I can see that a whole bookcase of sprawling piles of books is not  what one would want, but done piecemeal, mess has always seemed to me to have much to say for it.

You may realize that I am describing what  certainly could be a distracting conflict – a desire for order coupled with a robust disinclination to take the necessary individual steps to achieve it..  (We – partner and I –  have quite an appearance of order, as long as one stays away from the closets and drawers.  And he does put things away, which is a source of another kind of problem.)   So what to do about this?  Unfortunately, the desire for order seems to increase as one grows older.  At least in some people, including me.

Well, there is now web help.  And the site is interesting, despite its being probably quite traditional in its values.  I don’t exactly know this, but it starts out telling one to get the kitchen sink shining clean and restore it to that state each day.  This does not sound to me at all like advice aimed at the average untidy man, though I might be wrong, of course.  It goes on to describe how to get one’s children to help (or at least not obstruct), so it seems even more likely to be targeting the principal carer for the children.  And we all know who we are.  It also offers daily email stuff, and while I imagine that’s not exactly out of the 1950’s, feminist phils might find it tedious.

Still, what is does have andwhat is so interesting is an idea of what you need to do to change direction in your life.  And whoever has done it has done some heavy thinking about how restoring order to one’s environment may depend on gaining a sense of self discipline first.  The advice about the  sink is followed next with #2:  getting up and getting dressed!  Right away in the morning, that is; not before noon or anything easy.

The process of getting control of one’s environment and introducing order into it is obviously a long one, and there are weeks of advice, along with tons of email, blogs and so on.  And a wonderfully spare web store.

There are lots of ways to change, I suppose.  One is getting hands-on professional help; another might be getting together with friends.  And perhaps some people can really just change directions, on a dime.  But if you are going it alone, this site has, I would be, a realistic estimate of what most of us would be in for.  And that’s why we don’t quite make it too often.

Furthermore, if it takes this much systematic effort to change a fairly willing self, imagine what it is like to change an unwilling other person.  Arrggghhh.

And we here at this site can take on trying to change a profession!  Arrrggghhh x 100.

Let us know what you think.

Addition:  do note the serious praise the site gets in some of the comments!  You too might find it useful. 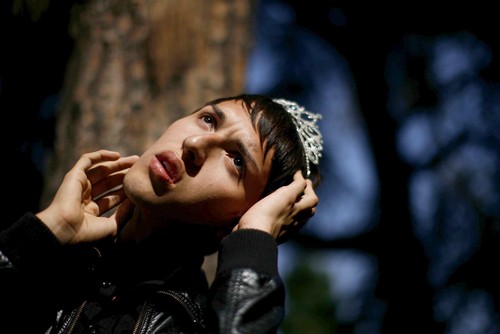 Sergio Garcia is the Prom Queen at Fairfax High School in LA. What I love about it is that (most of) the kids interviewed don’t really seem to see why this is a big deal. And they are totally fine with quite a bit of gender complexity: Garcia sees himself as “a boy”; he plans to wear a tuxedo; but he just feels ‘Queen’ is the right title. And so did his classmates. Hurrah for Fairfax High! (Thanks, Jender-Parents.)

Sally Haslanger has sent us this excellent list of things we can do to, from Larry Blum.

A list of vigils around the country can be found at the feminist blog Feministing.

Planned Parenthood and NARAL-Pro Choice America have issued statements and calls for action.

Credo and others are calling on Bill O’Reilly to own up to inflammatory remarks he made about Tiller.

Others are encouraging donations to Medical Students for Choice so that a new generation of physicians can take up Tiller’s work to protect women’s health.